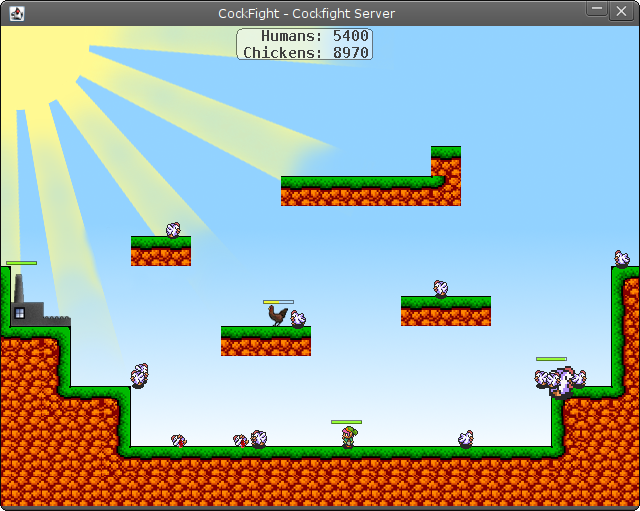 Cockfight is a cross-platform, 2D multiplayer video game that was developed as a project at UCSB. The game is written in Java and so is mostly cross platform. The game is a multiplayer Internet/LAN game in which players are either on the human team attempting to catch chickens, or the chicken team as a rooster and must protect the chickens and/or swarm the humans. To the right is a screenshot from an early alpha build of the game. If you would like to download a working version of the game, see the link below. For access to the source code, go to the SourceForge page. For bug reports, use the Launchpad link.

Export
Back to top